For years, Ranch de Diabat has been collaborating with film production companies to make feature films for American Hollywood and Indian Bollywood cinema and many music clips, presentations of new cars and off-road motorcycles, as well as commercials for local or international television in the within the tourism promotion of the city of Essaouira. 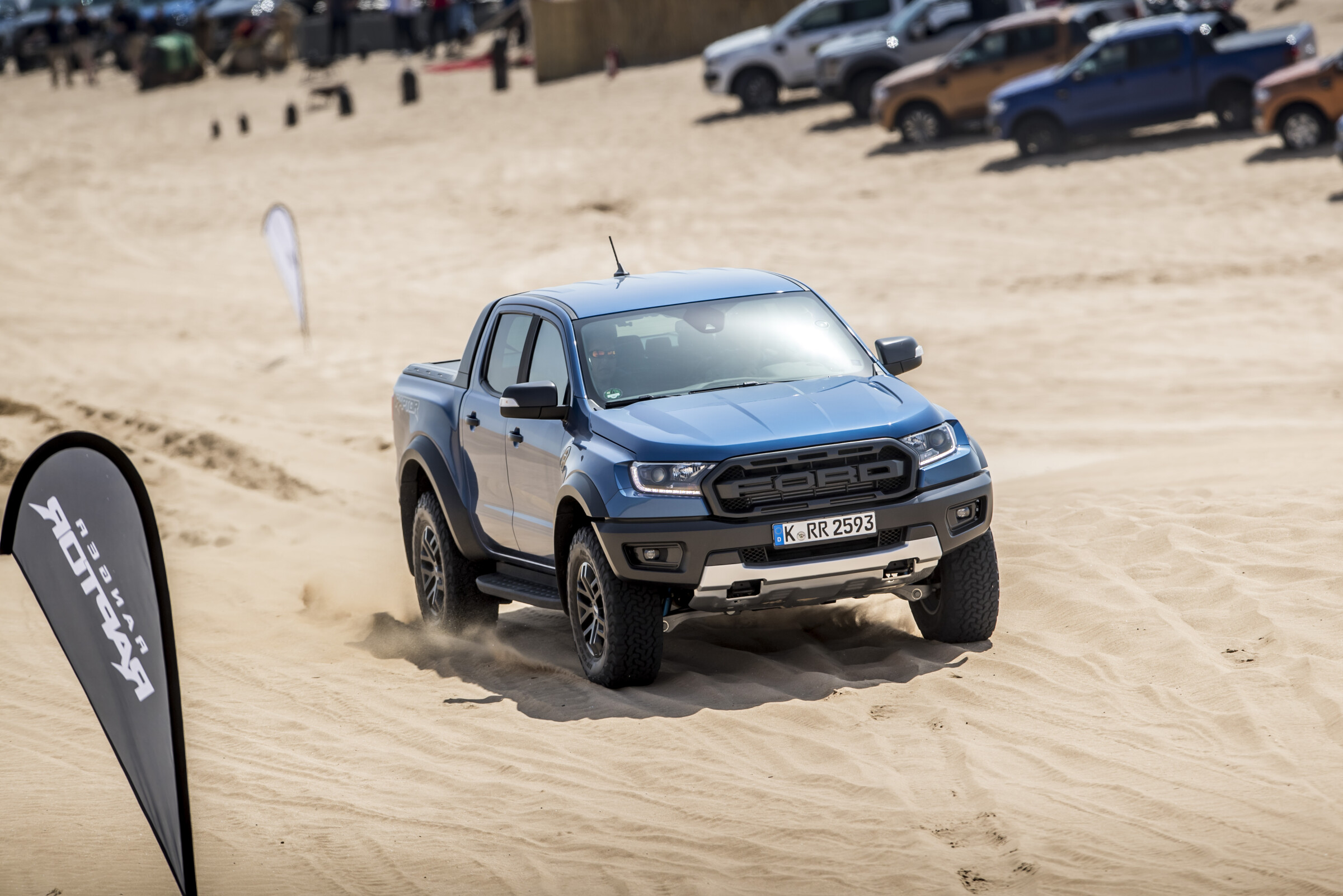 About us
What is more exciting than seeing what you have worked for on television?
See the places where you live, work and organize broadcast to millions of people while shooting a film. It is always a great joy to be able to watch on the big screens what you work hard behind the scenes for, with gruelling schedules, and where the greatest reward is to see the work done.

I remember as it was yesterday, Mr. Ford's private plane landing in Essaouira with his collaborators, coming to the Ranch de Diabat to make an inspection to approve the organizational logistics of the official launch for the Ford Raptor 2019.
Meeting high-level people, not only work but human, with whom to work side by side during a whole month of hard work and joys, solving small daily logistical difficulties, was as gratifying as being able to smile at the results obtained at the end of the job.
We set up a camp on the highest dunes of Cap Sim, carried tons of material along the beach, calculated tides and travelled almost non-existent roads until we reached the magical destination, near the Lighthouse, on the biggest Sand Dunes. In front of us, to frame this unprecedented adventure, the Atlantic Ocean.

Every week at the international airport of Essaouira Mogador, privatized charter flights landed by the Ford group, with journalists from the Auto-Moto sector from various countries on board.
To welcome them, a parade of brilliant Ford Raptors that would have hosted all the journalists who arrived to evaluate this jewel of the Automobile.

An off-road route designed for the occasion: through the Amogdoul Wind Park, the village of Ouessen that surmounts the Bay of Taguenza, which has become one of the major fishing ports in the Essaouira region.
From here the path began to get interesting and intricate, sand dunes alternating with rocks on the cliffs surrounded by tamaris trees.
Once arrived at the great dunes of Cap Sim, the Ford Raptor Team is welcomed by the Staff of the Ranch de Diabat, who under the desert tent Khaima, decorated according to Moroccan tradition, serves Moroccan tea with typical sweets, coffee and mini sandwiches for every taste . A relaxing break to recharge the batteries, before leaving for the test circuit located in front of the tent, which crosses the dunes on different levels of difficulty, which the journalists themselves will have to test and then give their opinion.
After a couple of hours of testing, the Ford Raptor Team sets off towards Essaouira: through the beach and the fishing village, up to the Sofitel Mogador hotel, official partner of the event, where lunch and the meeting takes place technique.
In the afternoon, a visit to the city of Essaouira, then dinner at the Heure Bleue Palais Chateau Relais hotel and a night spent at the Sofitel Mogador hotel.
The next day is surrounded by another suggestive route on the north coast, until you reach the beach of Bahibe with a tea and coffee break at The Bubble Hotel Dar Danse which will offer another excellent tea and coffee break.

Working on this event in every detail required preparation, commitment and concentration on the part of all the staff of the Ranch de Diabat, who collaborated side by side with the Ford staff for the success of the official launch of the Ford Raptor.
An important opportunity for career growth and learning that led to a satisfying, meaningful experience.

For years the Ranch de Diabat has been organizing events and actively participates in the organizational logistics of films, reportage and advertising, thanks to its consolidated experience.

See you next adventure!
About us