The Moussem festival involving Essaouira is called Moussem Regraga. The Moussem is a festival of religious origin, but also a trade fair and an opportunity for the Moroccan people to come together and share their cultural identity. 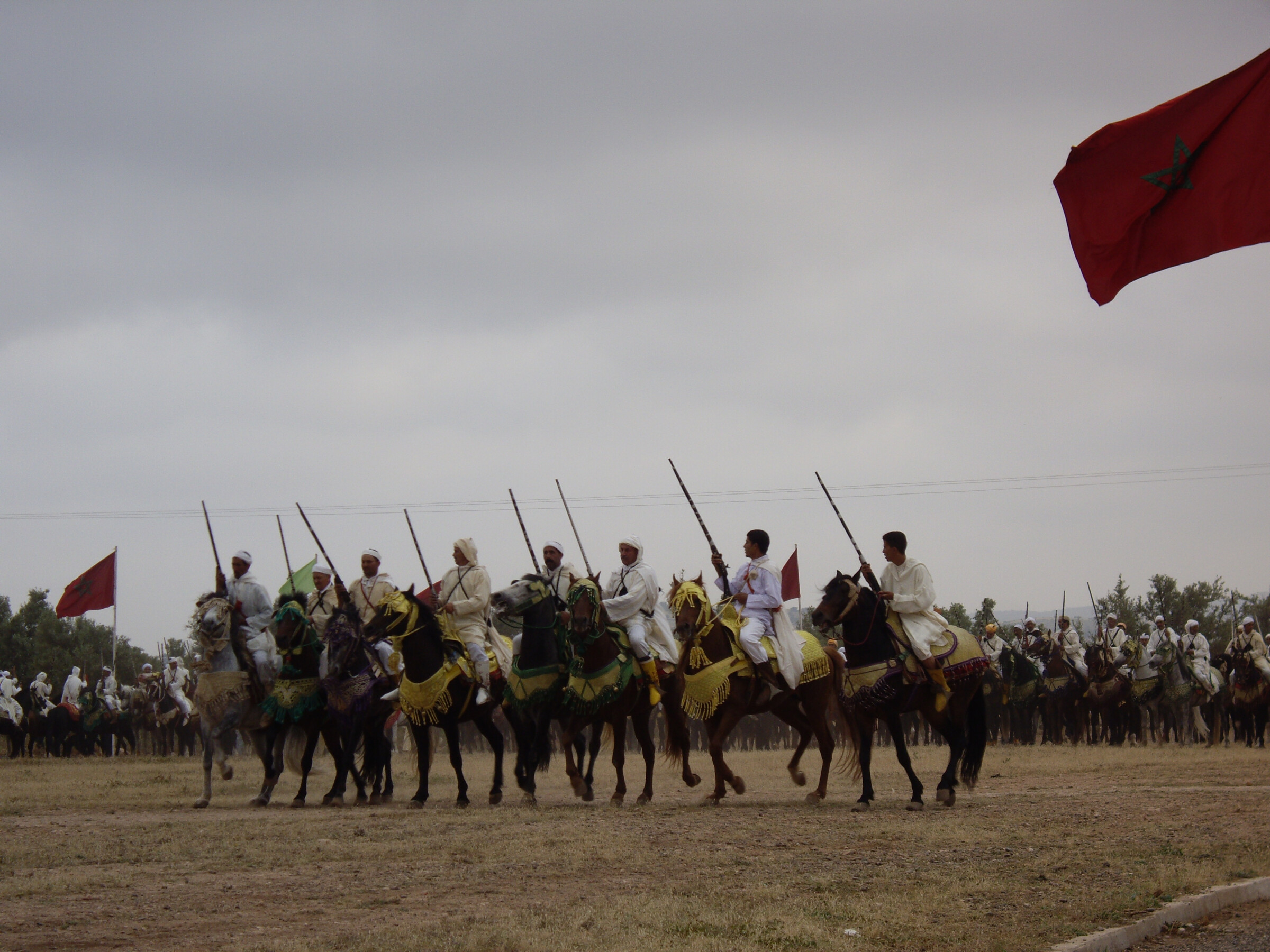 Sunset dromedary tour
The Moussem is a festival of religious origin, over time it has become a trade fair and an opportunity for the Moroccan people to come together and share their cultural identity. The days of celebration are often accompanied by equestrian games, horse shows and cultural ceremonies typical of Morocco.

The days in which the various Moussems take place are based on the Islamic calendar, so they can be held in different months, different each year.
The celebrations have a religious origin and background, as they are mostly cultural events in celebration of Muslim saints, but they also have a secular facet, since they celebrate the harvest and are strongly linked to nature.

The origin of the name derives from the word waad which means "meeting" and "gathering", while the name Raqb indicates the pedestrian and equestrian procession of the faithful, coming from every Moroccan locality towards the place of the usual or ritual celebration.


The Moussem Regraga in Essaouira

The Moussem festival involving Essaouira is called Moussem Regraga. The latter begins every year with the spring equinox. For 40 days, the community makes a circular pilgrimage in the Chiadma region (located between Safi and Essaouira, along the Atlantic coast). Their entry into the city of Essaouira, in particular, is a memorable celebration, which has been held for centuries.

The procession, passing in front of 44 marabouts erected in memory of the saints of the region, brings together pilgrims and inhabitants who declare themselves members of the brotherhood in a great celebration, which is precisely the Moussem.
In the shade of the tents, in the Essaouira countryside, the Regraga celebrate the journey of their ancestors, the Muslim pioneers of the region. During a great celebration punctuated by socio-cultural events, these heirs of the first Berbers who went to meet the Prophet celebrate what marked the early days of Islam, in the Essaouira region.

The Regraga procession enters Essaouira through the Doukkala gate. Between ovations, offerings and celebrations, their arrival is accompanied by a great popular and fraternal fervor. Here, as elsewhere on their journey, pilgrims bring good wishes and bring the community together in an atmosphere of celebration and joy, also celebrating the renewal of spring on this occasion.

2 weeks ago
Scroll through the blogs
JavaScript appears to be disabled in your browser settings.
This website may not work properly.