Moroccan cuisine is the result of interactions between cultures and nations, with influences of different kinds: Berber, Moorish, Mediterranean and Arab. 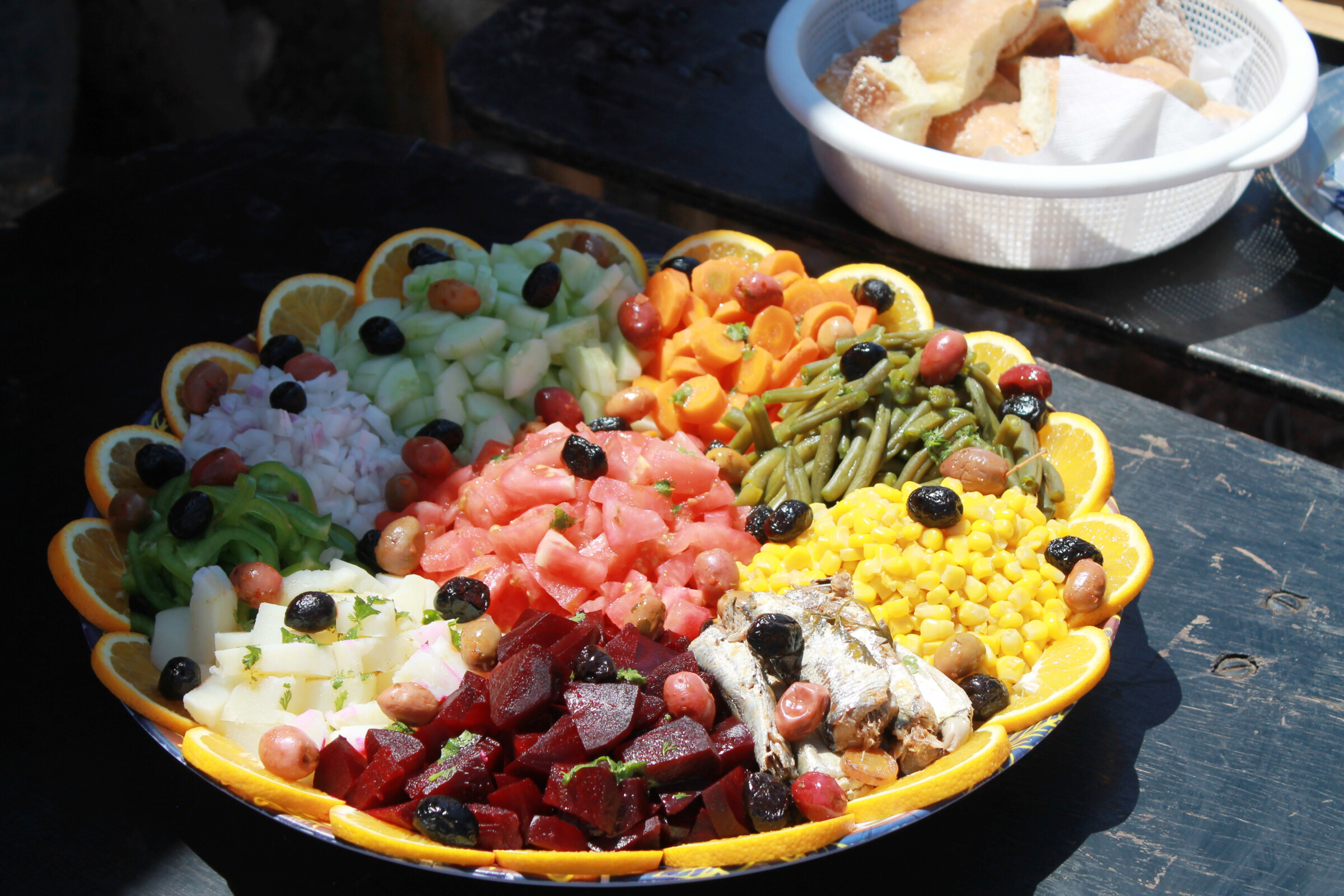 Discover Activities and Experiences in Essaouira
Moroccan cuisine is the result of interactions between cultures and nations, with influences of different kinds: Berber, Moorish, Mediterranean and Arab.

The symbol of typical Moroccan cuisine is certainly the cous cous, typical of the Maghreb and the Italian Mediterranean islands. Couscous originated among the Berbers, in Morocco and Algeria, between the 11th and 13th centuries.

Couscous is made up of semolina grains (coarsely ground durum wheat) or millet, in some regions. The semolina is lightly sprinkled with water and worked with the hands, to which dry semolina grains are added to separate the processed balls, then sieved. It is a very long processing process, as the semolina is continuously processed and sieved. According to tradition, in fact, it was the women who gathered for days, with the aim of preparing large quantities of couscous. If dried in the sun, it could last for months and months. In the Maghreb area, couscous is served with vegetables.
In Morocco, in particular, it can be found with fish in sweet and sour sauce with raisins and onions.

Tajine, like couscous, also has Berber origins. Typical of Maghrebi cuisine, the Tajine is a dish of stewed meat or fish, whose name derives from the typical terracotta dish, often decorated, in which it is cooked.

The tagines can be:
Mqualli, that is chicken with lemon and olives;
Kefta, i.e. meatballs and tomatoes;
Mrouzia, i.e. lamb with prunes and almonds.

Originally, the tagine was cooked on the embers. Today the typical terracotta dish has been modernized, thanks to a metal bottom able to withstand the high temperatures and flames of gas stoves.

The tagine is cooked over low and slow heat, so that the meat remains tender and absorbs all the aromas, including cinnamon, saffron, turmeric, ginger, garlic and pepper.

Baghrir or beghrir is a waffle made from semolina or flour, typical of Morocco and Argentina. They are dipped in butter, honey or jam. They are typically served during breakfast, as a snack for ftar during Ramadan.
For example, it is possible to enjoy it the day after our night in the Moroccan Bivouac.

Zaloouk is part of the typical Moroccan cuisine: it is a warm salad made with aubergines, cooked over the fire to give a smoky aftertaste.

Typical Moroccan cuisine is spicy and full of flavours and smells. Eating in Morocco means immersing yourself in centuries of history and tradition, with extremely distant origins. Over the years, the dishes have been embellished and modernized, but they keep vivid the memory of the peoples who crossed these lands.

Among the typical Moroccan products, we certainly find a lot of fish varieties, both in the Mediterranean area and in the area of the Essaouira region, on the Atlantic Ocean. However, mint tea is certainly also typical of Moroccan cuisine, the result of an infusion of green tea and mint, accompanied by sugar. It has a colonial origin: in fact, the tea was given as a gift by Queen Anne of Great Britain to Sultan Mulay Ismail, as a sign of gratitude for having freed some British prisoners.

Thanks to the many activities outside the city of two or more days, it is possible to taste these delicious Moroccan dishes on many of the excursions: the goal is to allow our adventurers to experience the Moroccan experience in its entirety.
Find out how to immerse yourself in the beautiful lands of Essaouira, ride by the ocean or immerse yourself in the desert dunes of Morocco.
Discover Activities and Experiences in Essaouira