Morocco is a land full of culture and mystery where you can lose yourself among food, breathtaking landscapes and architecture always accompanied by rhythmic and suggestive music. 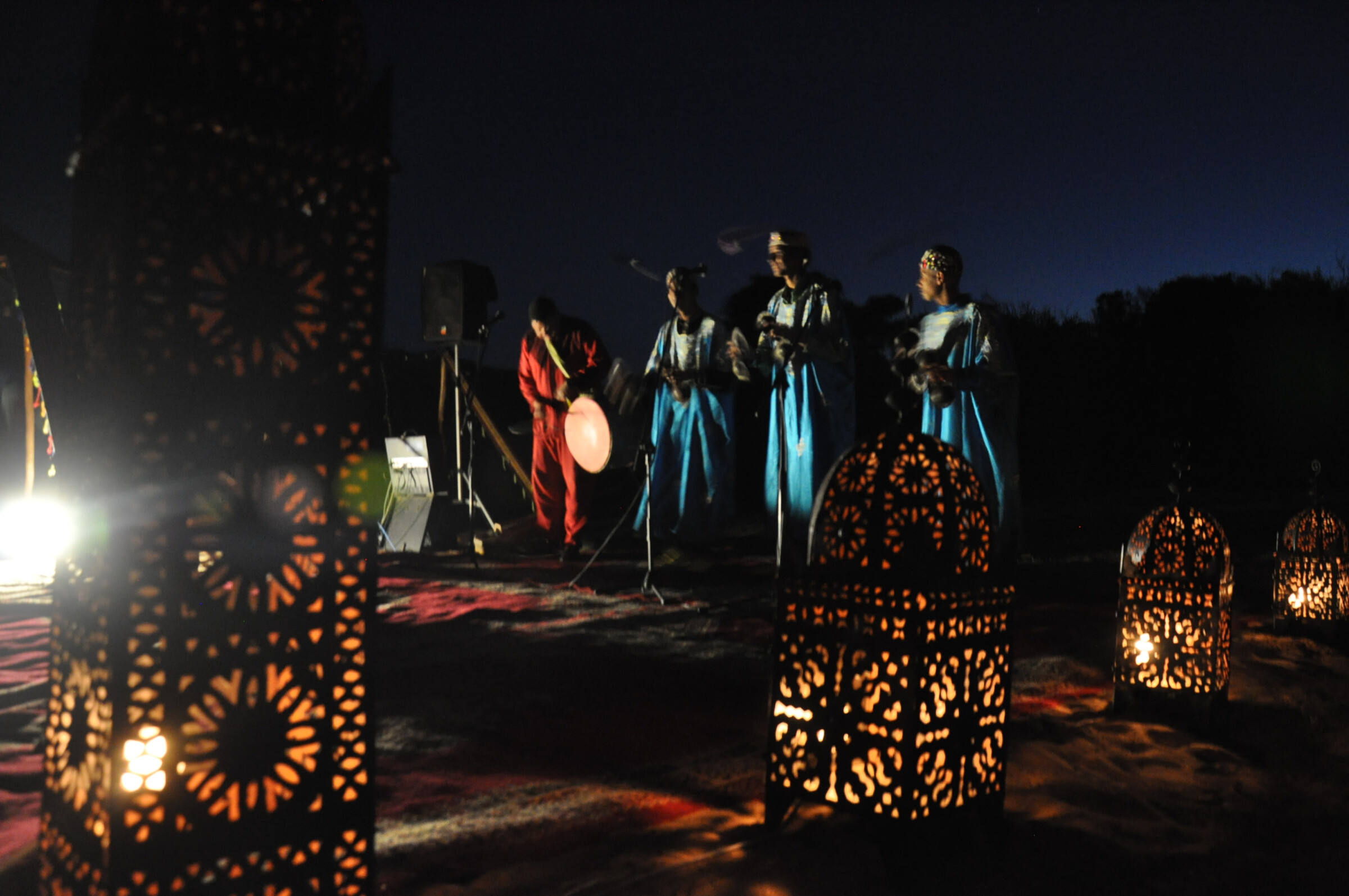 Discover Quad weekend and night in a Berber camp + party
The origin of traditional Moroccan music has its roots in very distant times when it was completely on the agenda to witness the mass deportation of black populations and the trafficking of slavery.
The deportations of local populations across the Atlantic Ocean are famous, but those that occurred to the old continent and Africa should not be underestimated either. Here the nations proved to be fully available and highly interested in buying labor from the Saudi Arabs who occupied these lands and in turn used the local populations in the heaviest jobs.
They were used in the dirtiest and most degrading jobs, such as in agriculture, manufacturing, but also in combat, so much so as to give rise to a completely new category of warriors, the enunchi, skilled soldiers trained with deprivatory and inhuman techniques to remain on the guard of the house of the sultan.
In this climate of deprivation, suffering and slavery different types of musical currents were born such as Arab-Andalusian music, Reggada, Dakka Marakchia, Ahidous, Hait and Gnawa.

One of the most characteristic music of the Moroccan tradition is Gnawa music. In fact, it is almost defined as "trance music" precisely because it is the fulcrum of traditions, beliefs, and rituals. In fact, we are talking about music that involves different arts, songs, and dancers who perform pirouettes of great effect that communicate all the suffering of an oppressed people, destroyed by the conquerors and deprived of all human rights. Among their choreographies accompanied by this ritual music, you can feel the vibrant suffering of this culture, enslaved and deprived of its rights.
However, this genre of music cannot be defined only as a representation of the suffering of these people, in fact, it is also used for various ritual dances among which the most interesting and important is the "Lila" ritual in which the participants get in touch with supernatural entities who bring them advice, warn them and answer their questions.
In fact, devotees approach this ritual music above all to obtain healings, purify themselves and get in touch with those who cannot see in everyday life.

The instruments of the Moroccan musical tradition

It is also interesting to understand the typical tools used by these populations who have maintained the same for generations.
One of these is precisely what is called the "Gimbri", a kind of guitar-drum with strings made from animal gut and the sound box completely made of wood used mainly in Gnawa music.
Instead, typical of Berber music we find several really interesting instruments:

In this new era, currents have also developed in Morocco that bring new styles of singing and rhythm, which often completely deviate from the musical tradition of the territory. Many of the more modern songs originating in Morocco are in fact of a much more Western style, so much so that, were it not for the original language, it could hardly deviate from the music that is heard in the West every day.
Among the most listened to songs by Moroccan singers we can distinguish at least 5:

Discover the Quad experience for the Essaouira region, which ends with a magical private dinner accompanied by Gnawa music. You will be able to taste the delicious typical Moroccan cuisine and enjoy the mystical experience of listening to traditional Gnawa music players.
Discover Quad weekend and night in a Berber camp + party

11 months ago
Scroll through the blogs
JavaScript appears to be disabled in your browser settings.
This website may not work properly.